From his childhood on the bayou in rural Louisiana, the land of cayenne pepper, roux, seafood gumbo, beignets, and Andouille Sausage, Paul always showed a passion for cooking.  During seven years under the watchful eye of Fernando Oca he learned classical French technique.

Chef Marshall worked under Pascal Godett at the grand opening of the new Four Season’s Hotel in Florence.  Upon returning from Italy, Marshall went back to his New Orleans roots to work under Emeril Lagasse at Commander’s Palace.  There he further developed his passion for “the new” New Orleans cuisine, a melting pot of French, Spanish and American flavors.

Later Marshall went to Hong Kong where he developed his Asian culinary skills as the Executive Chef at the Hong Kong Sheraton Hotel.  For four years, Marshall led an international staff and developed his skills working with authentic Mandarin and Cantonese cuisine.

In 2007 he became Chef De Cuisine of Oscars, the French Brasserie, in the Waldorf Astoria Hotel.  Paul and wife Julie moved to Malvern, PA and pieced back an old dairy farm dating back to 1744.  He is a strong believer in sharing his passion and experience with each and every one of his guests. 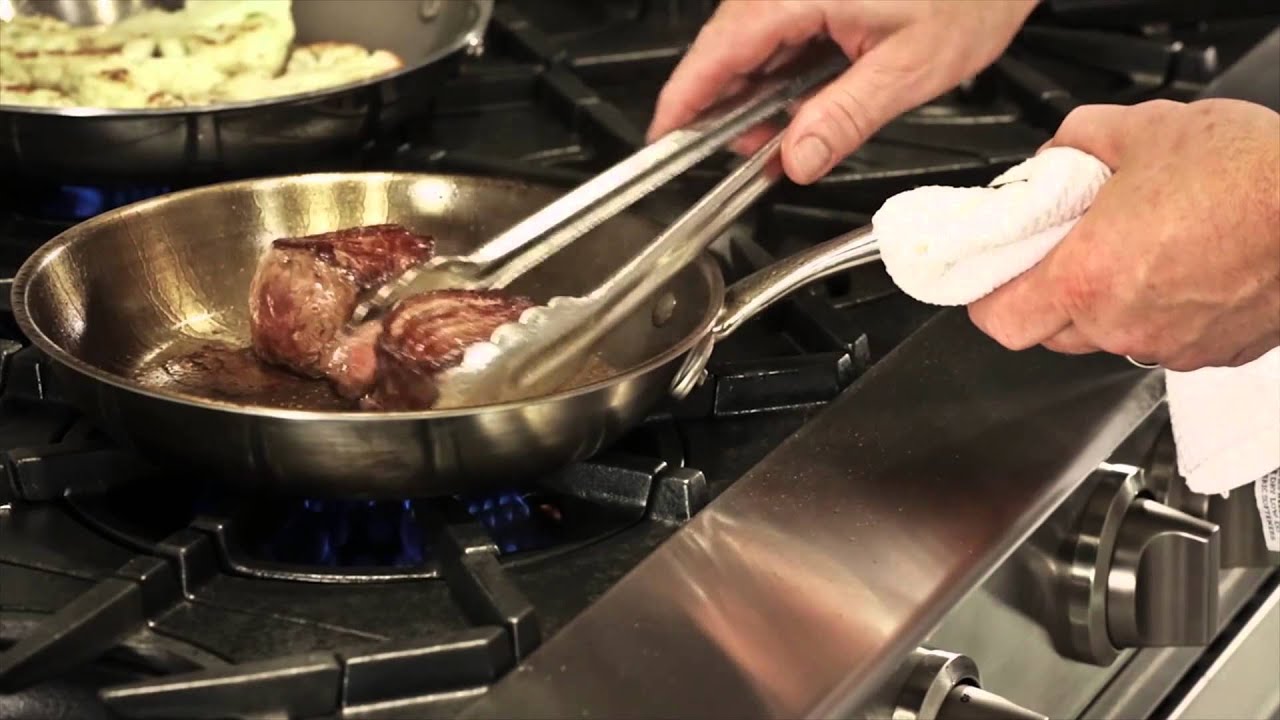 Experience how evenly an open burner range or rangetop cooks compared to a sealed burner range. The BlueStar PrimaNova, UltraNova and Nova burners provide not only searing power, but also an evenness that you won't see on other ranges. 1) Pre-heat griddle on medium low
2) In a medium bowl, mix together ricotta, egg yolks, butter and vanilla. In a separate bowl, whisk together dry ingredients. With a rubber spatula fold the dry ingredients into the ricotta mixture.
3) In another mixing bowl beat egg whites until soft peaks form. Fold half the egg whites into the ricotta mixture, then fold in the rest of the egg whites until just combined. The egg whites will lighten the mixture.
4) Melt 1 Tbsp of butter on griddle heated to medium low. Pour the batter onto the griddle. I used a 1/4 cup measuring cup for this.
5) Cook pancakes for 4-5 minutes, or until the tops begin to bubble and the undersides are nicely browned. Flip and cook the other side for 3-4 minutes. Place 4 pancakes in center of plate, and garnish with raspberries, and dust with powdered sugar!