Although he is a Houston native, Chef Ford Fry has taken over the Atlanta restaurant scene.  After graduating from the New England Culinary Institute he held sous and executive chef positions at The Ritz Carlton in Aspen, Houston, and Naples, the Snowmass Lodge in Snowmass, CO, and the Ojai Valley Inn and Spa in Ojai, CA.  From there Chef Fry set his sights on his own restaurant and settled in Atlanta, opening the refined Southern restaurant, JCT Kitchen.

Chef Fry’s philosophy is to focus on seasonal cooking with high-quality ingredients that let the food speak for itself.  After JCT Kitchen, his next venture was the Italian-inspired No. 246.  He then channeled his love for seafood with the opening of The Optimist.  Ford Fry’s The Optimist brings a classic seafood experience to landlocked Atlantans.  From Maine sea scallops and whole-roasted Georgia trout to garlicky clams and fresh oysters flown in from the East and West coasts, only the highest-quality and sustainable seafood from the country’s best suppliers is served.  King + Duke, and St. Cecilia are the latest additions to his expanding empire and have opened to rave reviews.  There are three new ventures on the horizon, including a new restaurant in his native Houston, TX.

Chef Fry is currently up for a James Beard Award for Outstanding Restaurateur and King + Duke was recently named one of GQ’s 25 Best Restaurants in America.  He also founded The Attack of the Killer Tomato Festival.  This year, more than 40 of the South’s top chefs along with 17 skilled mixologists and over 30 farmers are teaming up to create the tastiest tomato concoctions to raise money for Georgia Organics and The Giving Kitchen. 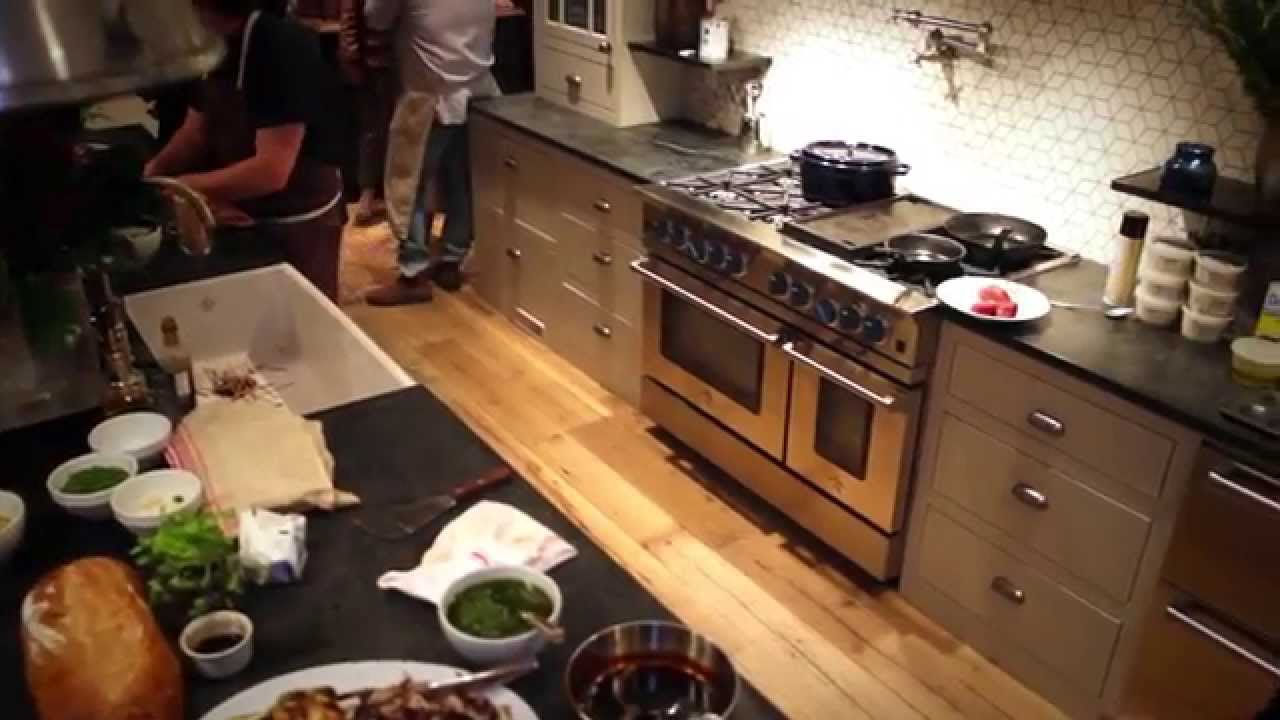 Join Chef Ford Fry as he explains why he chose a BlueStar range for his Atlanta home. Chef Fry's family of restaurants include The Optimist, King + Duke, No. 246, St. Cecilia and more. Mix all the ingredients but the bread. Slice numerous slits into the bread vertically without slicing through the bread. Spread the soft butter mixture into the slits. Cut the bread into 4 pieces. Wrap each piece with parchment paper and tie with butcher’s twine. Bake in the oven 5-7 minutes just before serving.
Serve each piece with a 1/2 cup of hot steamed converted white rice (jasmine or basmati is good too…just stay away from “the uncle!”)